I had the pleasure of travelling to Bratislava during Easter 2015. I took the train from Budapest to spend a day in Slovakia’s capital city and was definitely charmed by the beauty of the city.

I am sharing some photos which I took as I walked from the railway station to the town square and back. Brief information is also given below the photos. In this time of too much information on the internet, I have tried to keep this post simple with photos to keep this visually appealing to all. 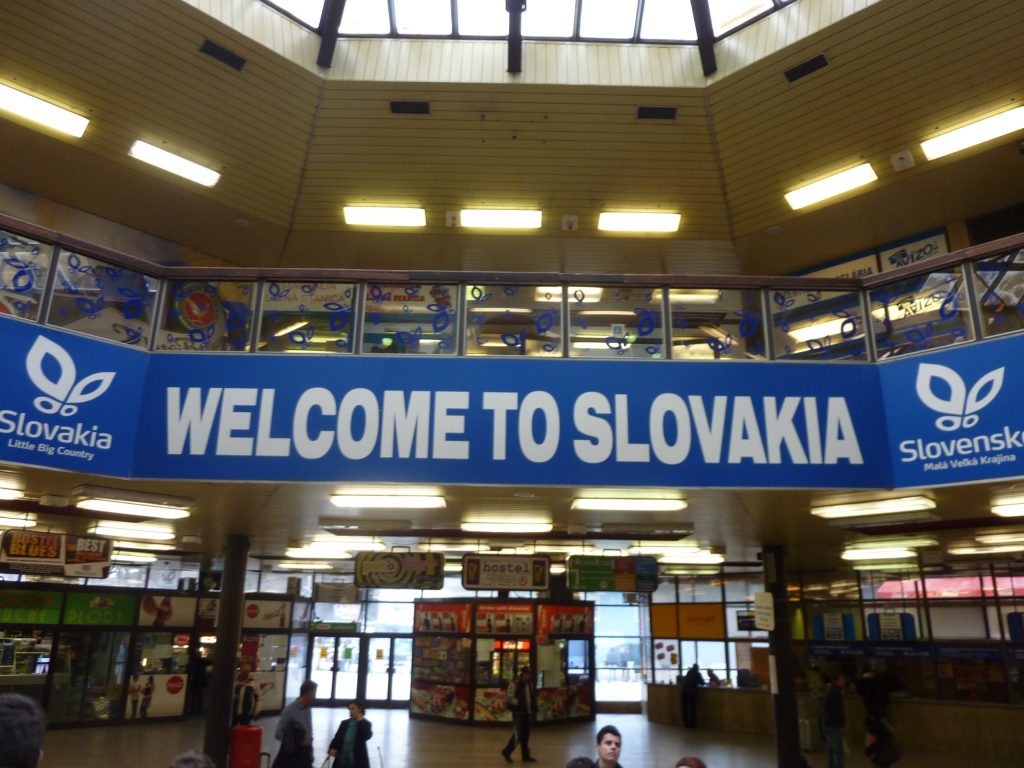 The first sign which welcomes you to this friendly country as you come out of the rail station at Slovakia’s capital city, Bratislava. 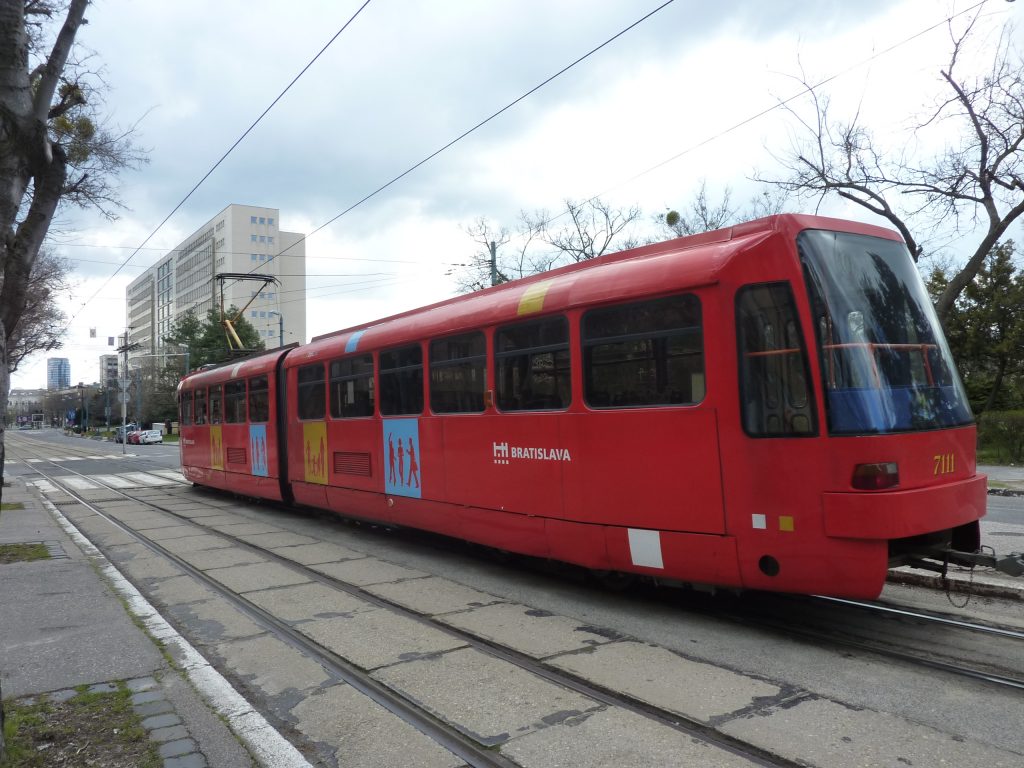 The time being Easter, the streets were pretty much quiet unlike other tourist destinations where it’s always crowded. 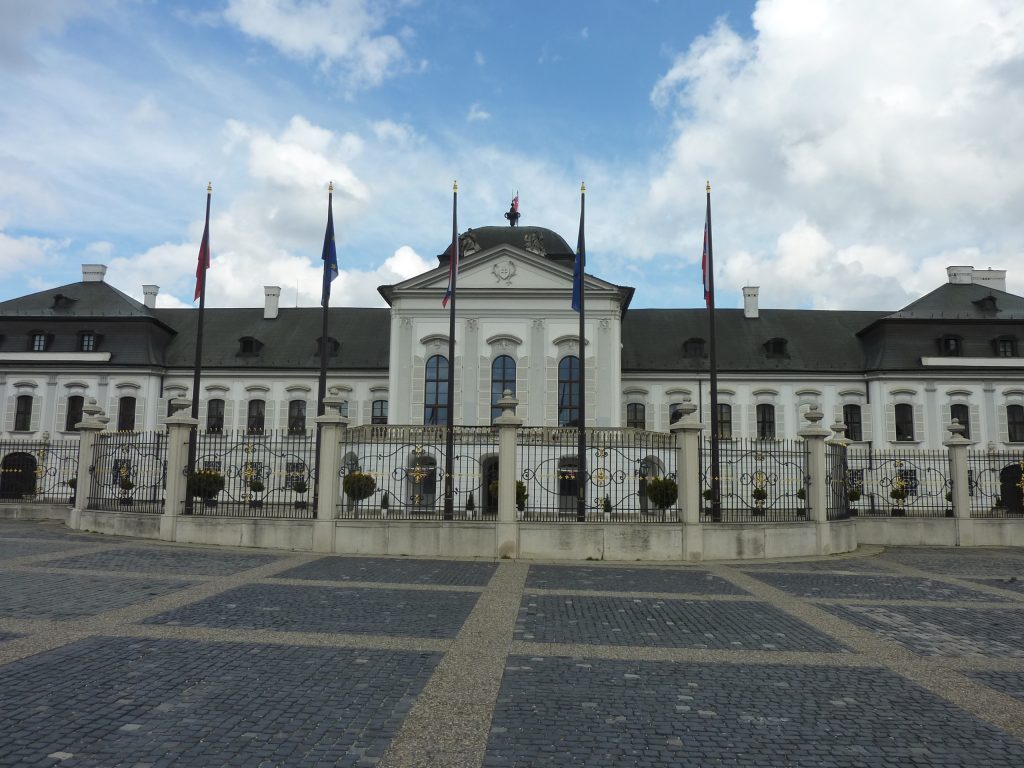 The Presidential Palace is an axially symmetrical rococo building on the Hodzovo Square in Bratislava.

Some views of the town square. It was a chilly and cloudy day but as traveller that is something which should be on the last thing on the mind and take in the beauty of the views and sights as it comes.

And when in Bratislava, where do all travellers head to? Its the famous manhole cover, isn’t it. 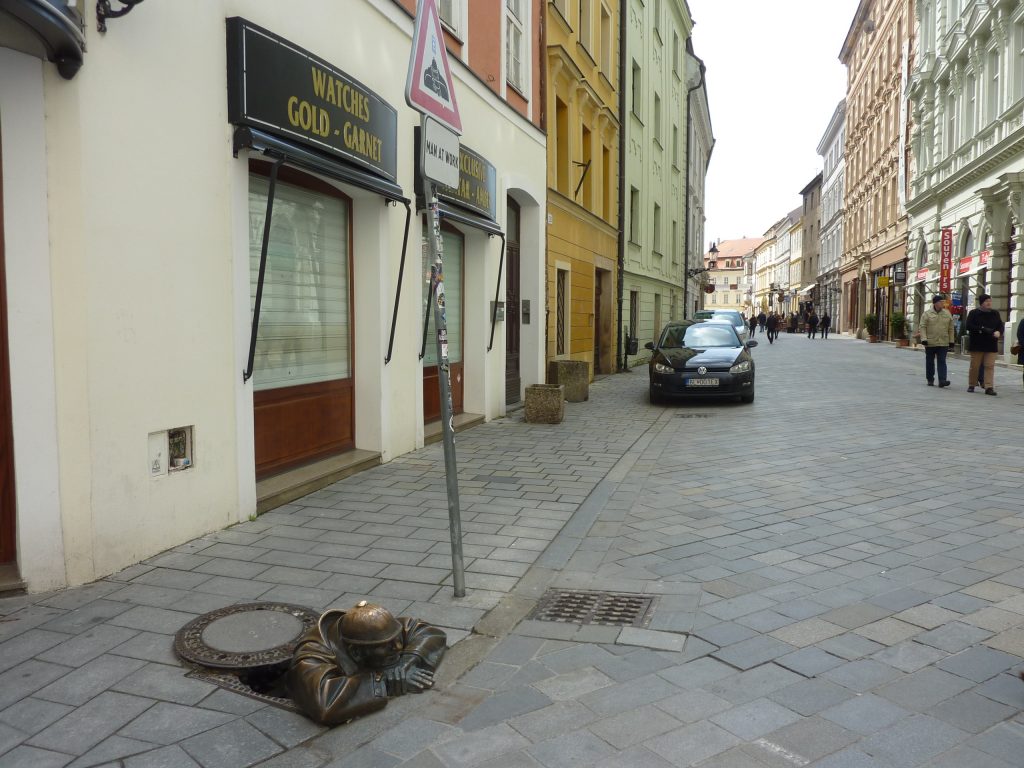 See how it is popping out in the corner of the road. This most photographed statue of Bratislava attracts travellers at the junction of Laurinská and Panská Streets. 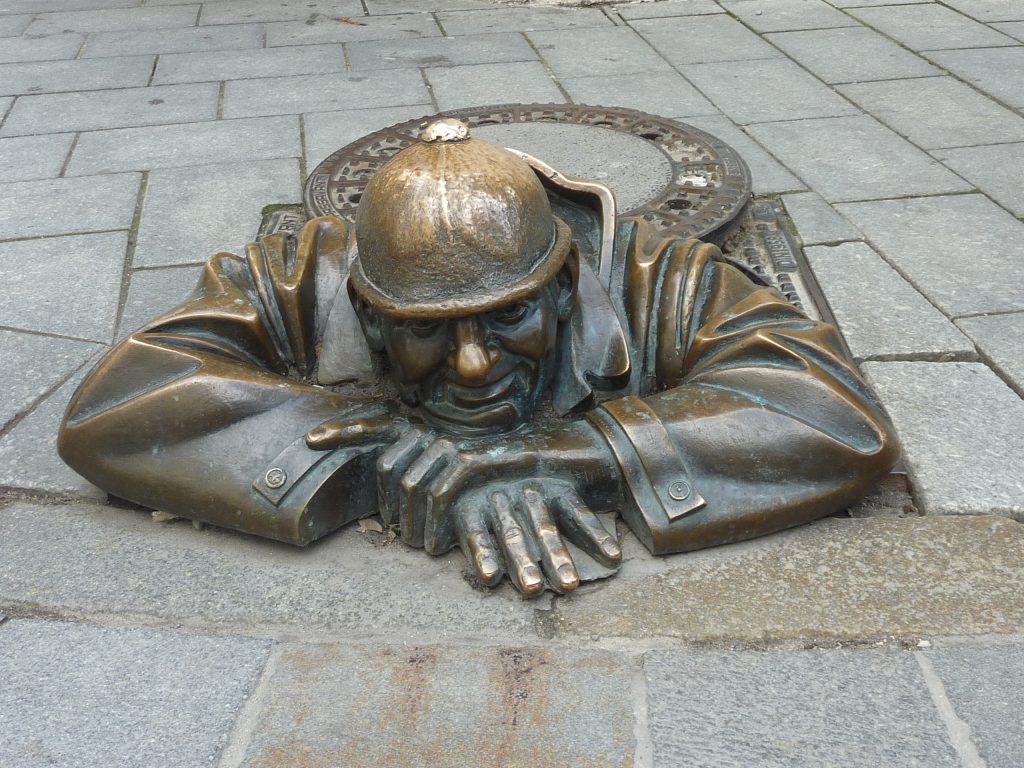 And here is a close up view of the famous man hole man. This has become the symbol of the old town of Bratislava. It is even said that a wish will come true for you if you touch the head of the man but only if you keep it secret forever. 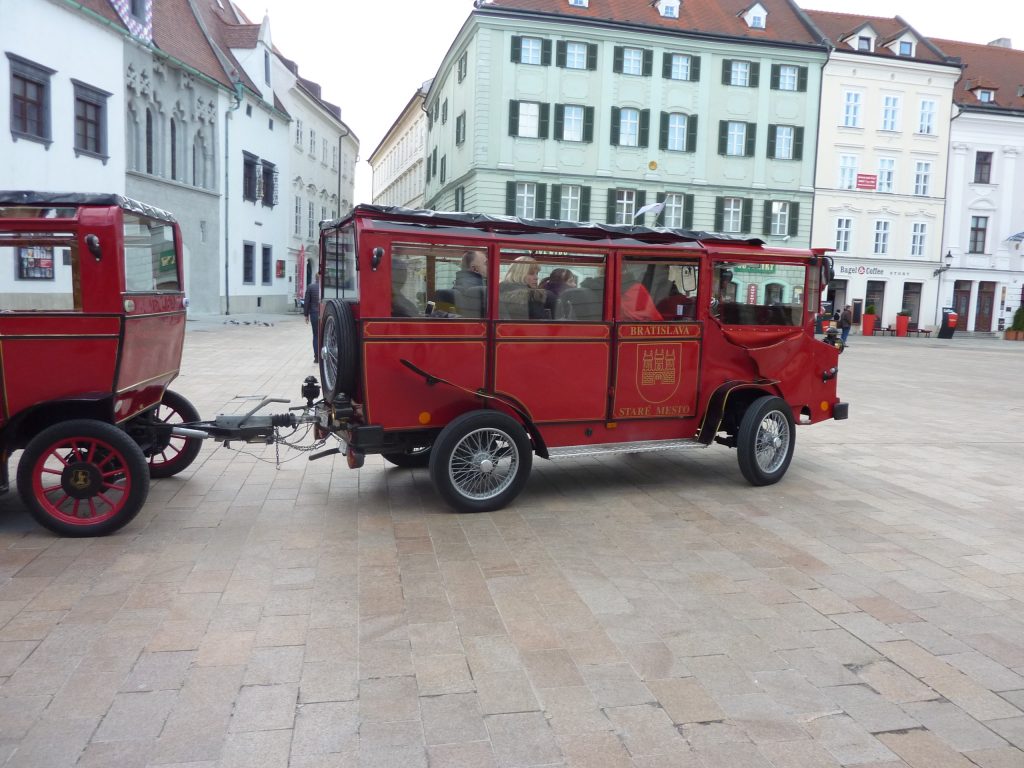 If you are tired of walking, this  is another way to explore Bratislava. 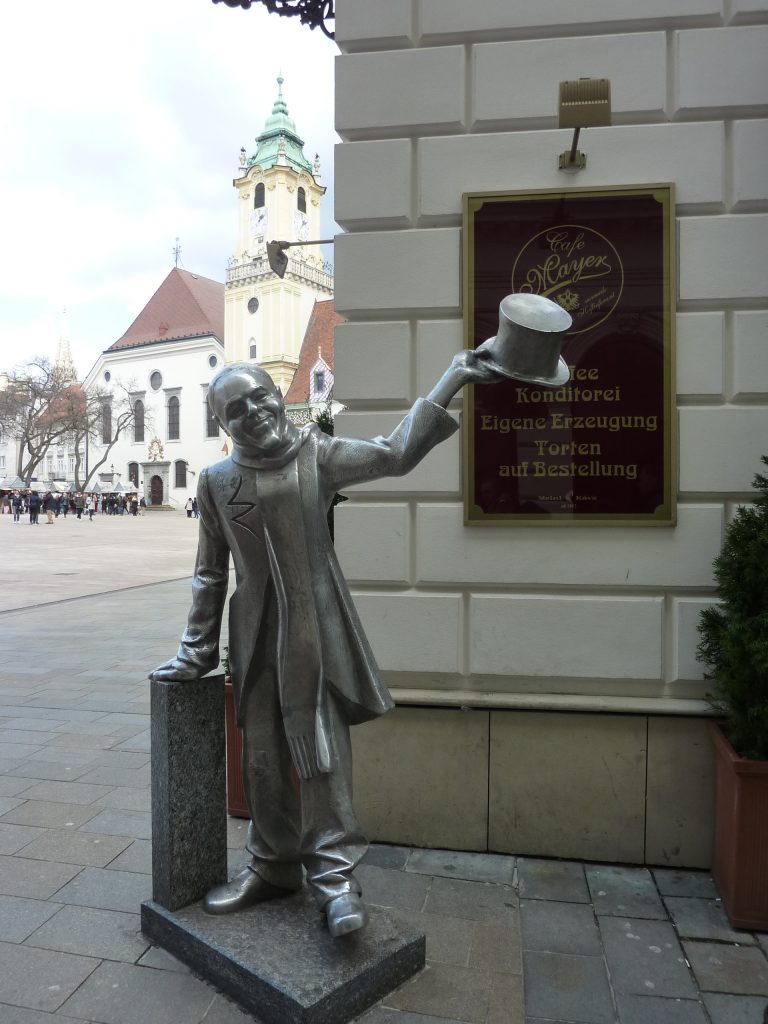 This is the Schone Naci statue. This is the only statue in Bratislava which is made of silver (the rest are cast in bronze). He is also the only statue of a real existing person. His original name was Ignac Lamar and he lived in Pressburg (former name of Bratislava) at the turn of the 19th and 20th century. 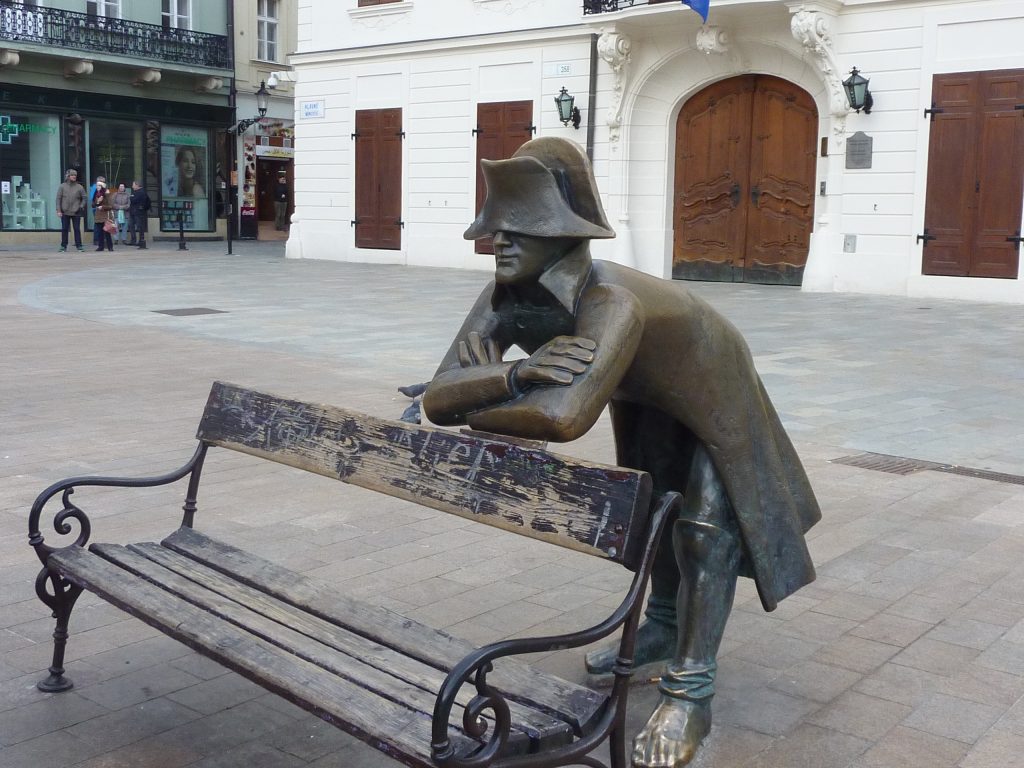 And this is a sight you cannot miss. The Napolean Soldier. You must sit in that bench or even stand with the bronze statue to take a nice photograph. 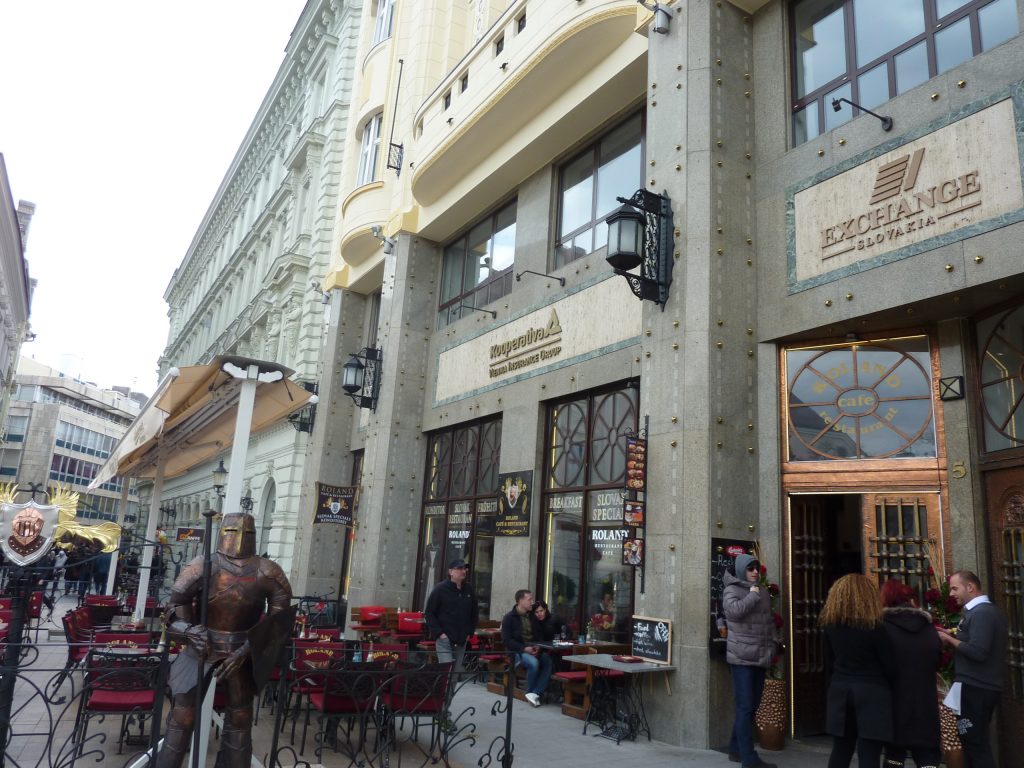 And this is the famous Roland Cafe. After a nice coffee and meal, time for me to head back to Budapest.