I wrote my last post in early May and realised it is high time to write and share some of my travel experiences.

And wondering about which experiences to share, I thought that I shared my Iceland experiences in two of my previous posts (First view of Iceland and Blue Lagoon) but did not write on my experiences about the Icelandic capital, Reykjavik. So here is some of my experiences and wonderful memories from Reykjavik.

The capital of Iceland, Reykjavik, is the biggest city in Iceland and this is where most of the country’s population of 330000 people reside.  There are innumerable things to see and enjoy in Reykjavik. I will share here some of the top spots I managed to visit and some information about them.

The Harpa Concert Hall & Conference Centre, is Reykjavik’s cultural icon where you can experience concerts, conferences, exhibitions, meetings or other cultural events. It opened in the year 2011 on Reykjavik’s waterfront. The geometric glass blocks and steel roof captures and reflects light to create a warm multi hued glow inside. 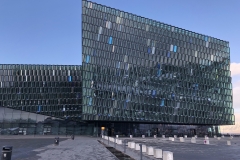 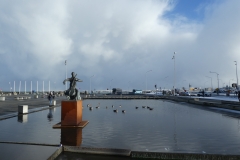 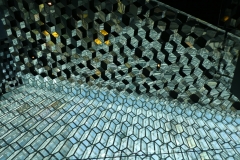 The Harpa was in the news recently for being awarded the USITT (United States Institute of Theatre Technology) Architecture Award 2018. The jury called it ‘An unbeatable choice’.

Hallgrimskirkja is Iceland’s largest church and Reykjavik’s main landmark. It can seen almost from anywhere in the city.  The designer of the church was inspired by the shape of basalt columns, which are formed when the lava cools. The church’s concrete facade is a mixture of modernism and also a reminder of the Icelandic landscape.

Hallgrimskirkja is one of the most visited places by travellers in Iceland. Breathtaking views of Reykjavik can be enjoyed from the bell tower of Hallgrimskirkja. 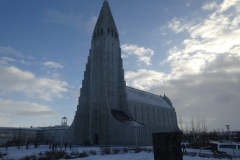 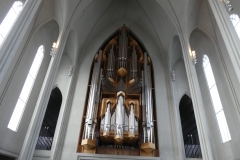 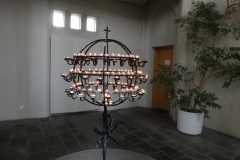 The church has a huge pipe organ designed and constructed by the German organ builder Johannes Klais. At around 15m tall and weighing around 25 tons, the organ is driven by four manuals and a pedal. It produces notes capable of filling the huge church space with a range of organ sounds.

Iceland is called the land of Fire and Ice. If you want to learn more about the Fire part and are intrigued by the powers that are underneath this country, the best place to visit in Reykjavik is the Volcano House. You’ll find out more about Iceland’s mighty volcanoes and it’s unique geological structure. 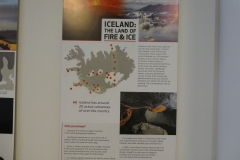 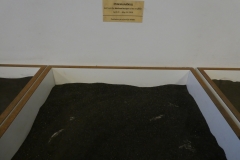 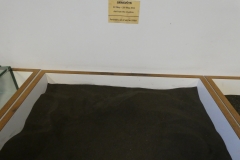 The exhibition in the Volcano House features famous mineral collections and a display area of the most iconic eruptions. You can actually touch and feel the ash from the famous ash cloud which stopped all flights over Europe in 2010.

There is also an exclusive ticketed volcano show which features two films about Iceland’s most famous eruptions, the Eyjafjallajokull in 2010 and the Westman Islands in 1973.

THE PERLAN (The Pearl)

Perlan is another most visited attraction in Iceland.  There is an unique experience of travelling through a man-made Ice Cave in the Glaciers and Ice Cave Exhibition in the Perlan Museum. It is the first indoor ice cave in the world, and just in the middle of Reykjavik city. 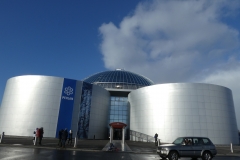 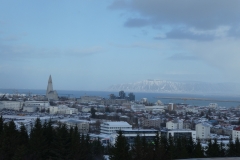 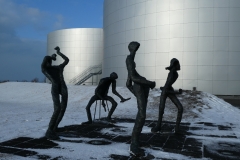 There is also a free shuttle bus from Harpa Hall waterfront to Perlan Museum.

Surrounded by the Atlantic Ocean, Reykjavik’s water-front paths stretch around most part of it. There are many beautiful places to stop and admire nature on these water fronts, which are very popular with travellers.

The most photographed area on the Reykjavik waterfront is the striking Sun Voyager. It is a steel sculpture by Jon Gunnar Arnason which resembles a Viking ship, but is considered to be a dream boat and an ode to the sun.

From the Reykjavik waterfront, behind the Sun Voyager the mountain which glistens is Mount Esja. Anyone who appreciates nature will love this view. Mount Esja is a popular spot for day-trippers, hikers and mountain bikers. 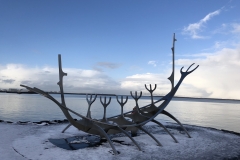 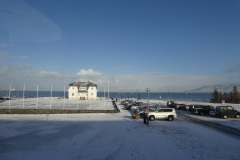 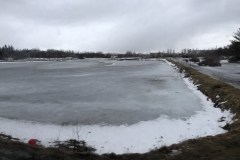 The Hofoi House, a small white building was built in 1909, is a historically significant building in the Reykjavik area. It Is best known as the location for the 1986 summit between Presidents Ronald Reagan and Mikhail Gorbachev, which effectively marked the end of the Cold War.

This huge lake within Reykjavik city is frozen during winter months but is a paradise for various types of birds in spring and summer months. Situated on the northern shore of the lake is the Reykjavik City Hall. The City Hall exhibition hall has a huge 3D map of Iceland, which is a favourite among visitors. The City Hall also has the Iceland Tourist Information centre.

There are ample choice for various types of food in Iceland, starting with lovely Icelandic pastries for breakfast along with the not to miss famous Icelandic creamy yogurt called Sykr. Its can be had on its own, with breakfast cereals or even as a dessert. Iceland’s famous brand Isey Skyr is available in quite a few countries including the UK and the USA.

The other famous street food of Reykjavik is its hot dog. The most famous place to have the hot dog is from one of the stands of Bæjarins Beztu Pylsur – which translates into English as “the best hotdog in town”. The easiest way to order is to ask for “Ein með öllu” or One with Everything.

However, you can also ask for a ‘Clinton’ which is how President Clinton had it while he was in Reykjavik for a UNICEF Conference in 2004 and it is served with mustard only. 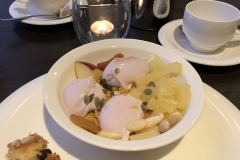 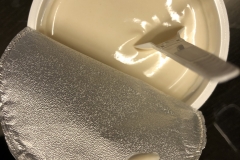 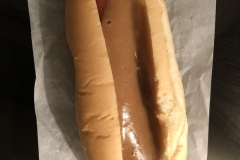 And there is of course, Ice cream in Iceland..Yes, you read that right.

For the adventurous folks, the item to try is the Hakarl, fermented shark meat left to dry for four to five months. I am afraid I do not have further information on this, as this something I did not dare to try.