The Island of Capri

It is already past mid-June and I realised it is high time for me to sit down and write my monthly travel story which I have trying to keep up for quite some time now. The good news is that I finally managed to take a short holiday this month but I will write about that later as that might lead to quite a few travel stories.

Meanwhile I thought about writing about one of my travels from quite some time ago. Since I have not written about any of my Italy travels so I thought of starting my Italy travel stories with the beautiful Capri islands. The Capri islands are located on the Tyrrhenian Sea just off Gulf of Naples on the Sorrento Peninsula. The main town on the island is also called Capri and it is famous as a resort since Roman times.

Capri forms part of the Campania region and it has two harbours Marina Piccola and Marina Grande. I travelled to Capri from the port of Naples on a ferry which travels to the main port of the island of Capri called the Marina Grande. The port of Marina Grande is located north of Capri island at the foot of Mount Solaro. From the top of the island the sights of the towns around the Island of Capri including Positano, Amalfi, Sorrento, Naples and others can be seen. Capri island is mainly formed of sandstone and limestone cliffs. 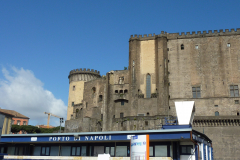 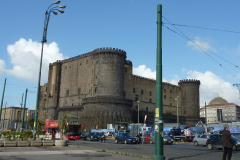 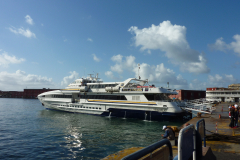 Capri is a delight to any traveler for its blue sea, the hills, the promenade lined with villas called the Belvedere of Tragara, the town of Anacapri located up the hills from where the views are breathtaking. The sights which I enjoyed most for their mesmerising beauty are the Blue Grotto and the limestone rocks that protrude out of the blue sea called the Faraglioni. 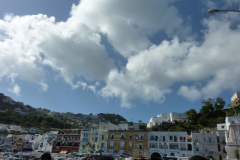 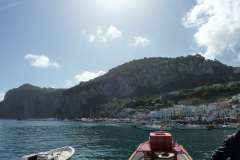 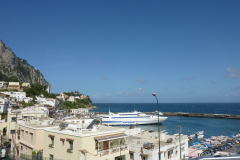 Once I landed on the island at the Marina Grande, I took the funicular up to Anacapri. The Capri funicular connects Marina Grande to Piazza Umberto I at the centre of the island. There is also a bus services that connects the main harbour with Capri town, Marina Piccola and Anacapri. 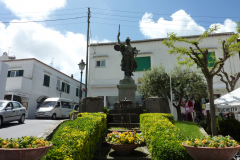 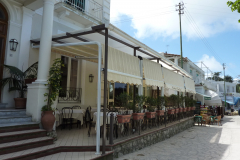 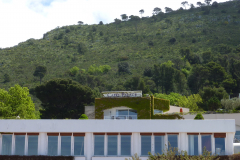 Piazza Umberto I at the heart of the island of Capri is its most famous square. This is a lively square and a meeting place for both residents and tourists. There are many shops, cafes and restaurants around the square. There is also a clock tower in the square.

After a short coffee break in a quaint little cafe at the Piazza, I took the chair lift up the mountain to top of Mount Solaro which is the highest point on the island to enjoy the views from the top. Sitting on a chair might seem a bit scary to start with, but when you start going up the grand views just make it worth it. 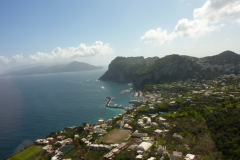 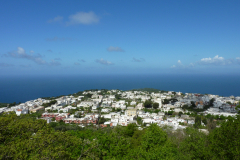 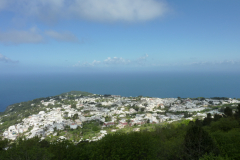 At an elevation of 589 m, the top of Monte Solaro is the highest point in Capri. The island of Capri is made up of limestone and sandstone rocks and Monte Solaro is formed of the same limestone. Mount Solaro is visited by many species of birds, including peregrine falcons. 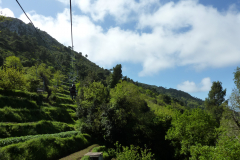 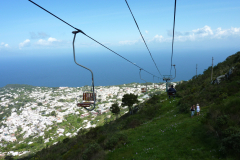 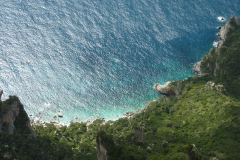 The views of the sea and the area surrounding the island nearby and at a distance are truly picturesque. On a clean sunny day the blue colours of the Tyrrhenian Sea makes it even more beautiful.

After descending from Monte Solaro I took the boat ride from the main harbour Marina Grande for a cruise around the island and also to the Blue Grotto and around the Faraglioni stacks. Boats also travel between the Marina Piccola (the little harbour) and the Marina Grande. 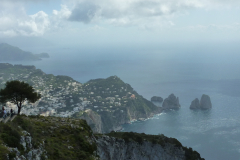 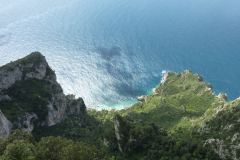 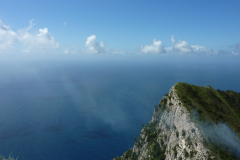 The most exciting sight on the boat ride was going to the Blue Grotto and entering it to experience the rays that light up the cave. The Blue Grotto is a sea cave about 60 metres long and 25 metres wide. The entry point to the cave is only about a meter high at low tide and about two meters wide, so this is the only time when it can be accessed safely. I had to lie down flat on the boat to enter the cave and that was quite an experience in itself to look up to the rocks. There is a metal chain fixed along the side of the cave which the boatman uses to navigate the boat whilst inside the cave. 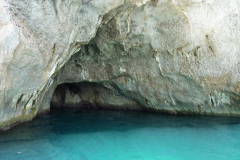 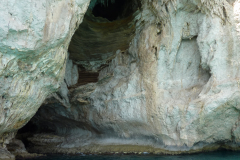 Inside the Blue Grotto there is an underwater cavity which lets in the light and that is what makes the water shine with an emerald blue hue and its reflection creates a spectacular effect within the cave.

Within the cave and near to the cliffs as the water moves up and down formations of corals can be seen on the surface. Lot of coral items from showpieces to jewellery are available to buy at the shops in the island. 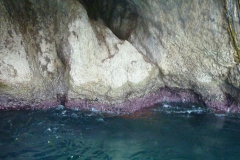 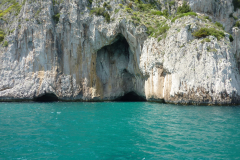 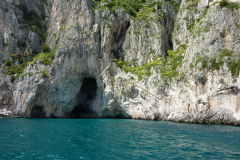 The next exciting sight were the famous limestone crags which are called sea stacks and these project above the sea. These rock formations are known as the faraglioni. The three towering rock formations just off the coast of Capri which stands up from the blue sea is one of its most famous icons. It is a sight that most travellers recognise and connects instantly to the island of Capri. A boat ride around these rocks feels really great. But the best views are when you are bit further away from these and when the sun shines on them. 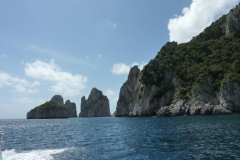 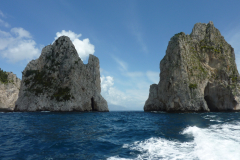 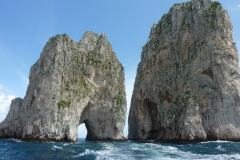 Punta Carena Lighthouse is a working lighthouse since 1867 and is located on the head of the Capri island around 3 kms southwest of Anacapri. The octagonal prism brick tower of 28 meters with a lantern and a gallery above a two-story house. This is an offshore lighthouse and has a range of 25 nautical miles (about 46 kms). The rotating view emits light flashes every 3 seconds. 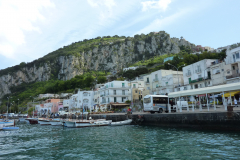 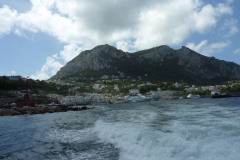 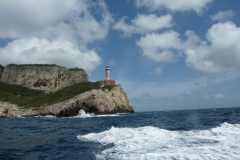 My trip to Capri is one of the memorable ones from my many Italy holidays. There are quite a few other cities which I have visited in Italy and I hope to write about them sometime in the future.