A Day in Bruges

While my travels are still paused, I am still trying to keep up with writing at least one post every month. This is also a great way to reminisce my previous travel experiences and no doubt very relaxing. With the world opening up and people getting comfortable to travel again, perhaps it is time to plan for some experience.

Meanwhile, I thought of writing about my trip to the city of Bruges in Belgium. I travelled to Brussels for a city break and stayed there. From Brussels I took the train for a day trip to Bruges. Bruges is in the Flemish Region of Belgium and it is the capital of the County of Flanders. It is a very popular tourist destination and can be quite crowded during summer months.

As you walk out of the station and walk towards the famous city centre of Bruges, you’ll immediately fall in love with this beautiful place. It has medieval looks as you walk around the city but at the same time maintains a balanced with modern times. Due to the canals around the city Bruges is also sometimes called the Venice of the North. 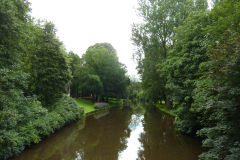 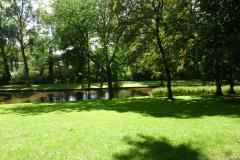 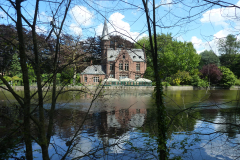 Right from walking past the canals, enjoying a boat ride, visiting the churches, exploring the city square, Bruges is a city which you will make you fall in love with the city and make you feel that you can come back to this city again.

The day I visited Bruges the weather was excellent so I did not visit any indoor places likes museums but enjoyed walking around the city. In this travel story I am writing here about some of the sights I explored during my day trip to Bruges.

The street names on the buildings are also something to spot as walk the streets of Bruges. 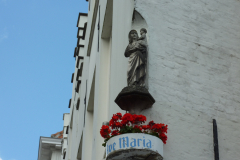 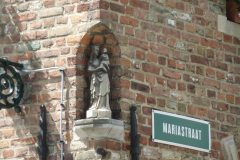 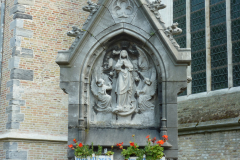 Present day Bruges stand on the island which was a castle built in a swamp of the River Reie. There is no castle left now but the square known as Burg is now a famous and historic part of Bruges.

Most of the medieval architecture in the city are still in very good condition and the city centre of Bruges has been a UNESCO World Heritage Site since 2000.

Located in Burg Square, the City Hall of Bruges is one of the oldest city halls in this region. This medieval hall was built in gothic architecture style between 1376 and 1420. A restoration was done to revive the city hall to its former glory in the 19th century. 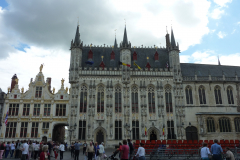 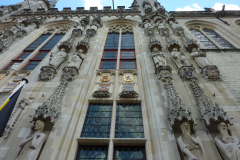 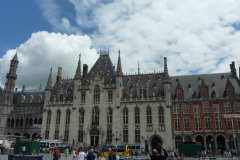 The provincial government of West Flanders used to meet in the Province Court located in the market square in Bruges. The building is built in neo-gothic architecture style. It is mainly used as a ceremonial building and for various exhibitions now, but it served as a government meeting hall until 1999.

One of the liveliest part of the city centre of Bruges is its Market Square. Other than the colourful houses around the square the highlight of this square is the 12th-century Belfry.

The statue of Jan Breydel and Pieter de Coninck is in the middle of the market square. The market was renovated and opened in 1996 and at present looks very bright and colourful specially on a sunny day. 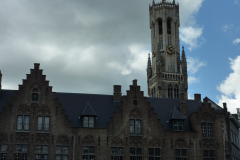 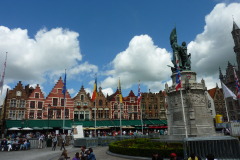 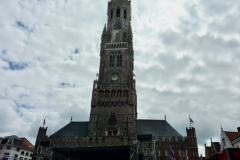 The medieval 13th-century bell tower in the Market Square is the Belfry of Bruges and is a famous landmark of the city. It was built in 1240 with the upper parts added in the 15th century. The Belfry of Bruges is included in the UNESCO World Heritage list as part of the Belfries of Belgium and France.

The Belfry used to serve as an observation tower for spotting dangers like fires and also housed a treasury and municipal archives. The top of the Belfry can be reached by climbing 366 steps and visitors has access to it. On the sides and back of the tower is the former market hall.

The city of Bruges is famous for its canals. Whether you enjoy a stroll by the side of the canals or take a boat side to enjoy the sights they are a beautiful sight. Between the 12th and 15th centuries Bruges was an important city of commerce due to the tidal inlet, which was called the Golden inlet. The canals were built when Bruges received its city charter in July 1128. 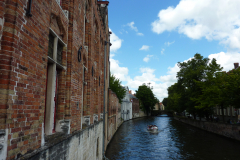 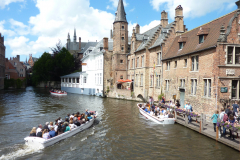 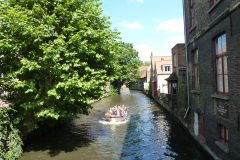 There are beautiful churches in the city and I visited few of them mainly to see the architecture, the stained glasses and the arts. I enjoy these in the medieval churches of European cities.

Basilica of the Holy Blood (Heilig-Bloedbasiliek)

In the heart of the Burg square is a Roman Catholic basilica, the Basilica of the Holy Blood. This church is very well known as it houses a relic of the Holy Blood. There are two chapels located in its upper and lower floors. It was built as the chapel of the Count of Flanders and later promoted to a Basilica in 1923.

The lower chapel, the chapel of Saint Basil, is dedicated to St. Basil the Great. It is one of the very well preserved chapels in the Flanders region. A beautiful staircase called the De Steegheere, leads to the upper chapel. The chapel is built in the Romanesque style. 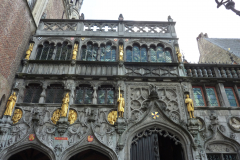 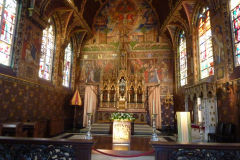 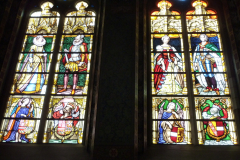 The upper chapel in Gothic style, is the chapel of Holy Blood which holds the relic of the Holy Blood. This is a phial which contains a cloth said to have the blood of Jesus Christ collected by Joseph of Arimathea and brought to Bruges by Thierry of Alsace, Count of Flanders. The relic is on public display on certain days only so I did not get to see it.

The main altar and the painting behind the high altar is very beautiful.

The Saint-Salvator Cathedral is the cathedral of Bruges. It is the main church of the city of Bruges. Originally built as a parish church it was given the status of cathedral in the 19th century. The prominent structure of the church when seen from outside is its tower as the shape is quite unique. 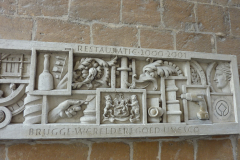 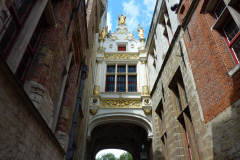 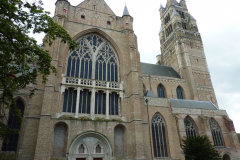 Designed by an English architect Robert Chantrell who was known for restoration of English churches.  The tower is in Romanesque style and is a fortress like structure about 99 metres high.  The peak shape which is seen at the top of the tower was not part of Chantrell’s original design but placed as the structure looked too flat.

The Church of Our Lady (Onze-Lieve-Vrouwekerk)

One of the structures that you’ll observe from most part of Bruges is the tower of the Church of Our Lady. This church dates back to 13th-15th centuries. The tower is about 115 meters in height and is the tallest structure in the city of Bruges. It is also the one of the highest brickwork towers in the world. You will not miss the sight of this tower as you walk around the city. 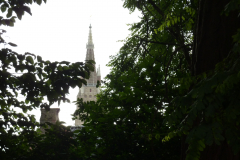 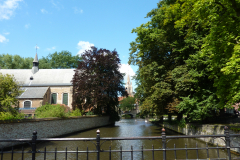 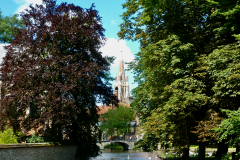 Though I did not visit this church, the most famous treasure in this Gothic style church is the white marble sculpture of Madonna and Child by Michelangelo, which is kept in the transept. It is supposed to be the only sculpture of Michelangelo that left Italy during his lifetime.

For anyone who loves to explore museums, Bruges has quite a few museums. Of these, the famous ones are the art museums Arents House and Groeningemuseum. Both of these houses extensive collections of medieval and modern arts. Well known painters like Hans Memling and Jan van Eyck, lived and worked in Bruges. 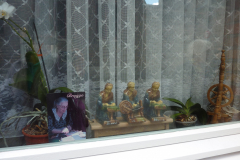 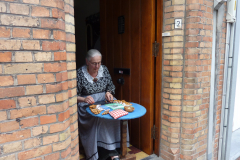 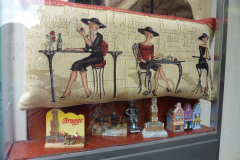 Bruges is well known for its lace. Through out the city you’ll find lots of shops selling lace products. I saw a lady showing how she does lace work and she was selling them too. I got a beautiful lace bookmark and lot of people ask me where I got it from. There are also tapestry work available in beautiful designs.

Bruges will live with you a desire to come back to this beautiful city again. It definitely had that effect on me. 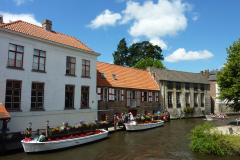 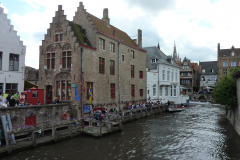 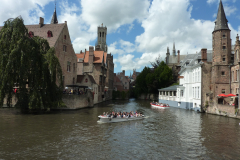