You can experience the beauty of the place at the flight starts its descent. Belfast, the capital city of Northern Ireland is situated on the banks of the River Lagan and is the largest city in Northern Ireland. It is a relatively small and lively city and most part of the city can be visited on foot. You can also use local transport for travelling around the city, but it is best to explore the city on foot as you can relax and enjoy the sights at your own pace. 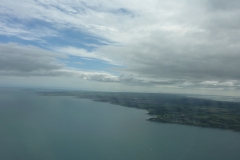 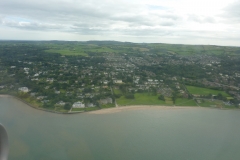 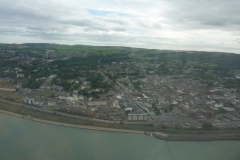 Belfast was once famous for it’s shipbuilding industry as the location of Belfast at the western end of Belfast Lough and the mouth of the River Lagan made it ideal for so. When the Titanic was built in Belfast in 1911–1912, Harland and Wolff had the largest shipyard in the world at Belfast.

In the heart of Belfast city, one of most iconic buildings is the Belfast City Hall. It was first opened in August 1906 and is Belfast’s civic building. Belfast City Hall offers free public tours every day which last about an hour and is led by a guide. It is a great way to learn about the history of the city and the city hall. For more info, please see here 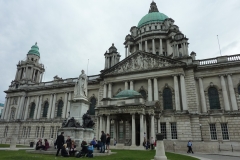 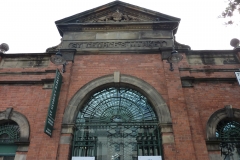 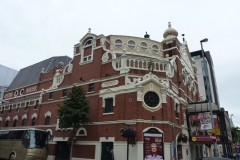 Other places to visit near the Belfast City Hall are the Titanic Memorial Garden and the monuments  within the gardens and nearby.

The next famous sight in Belfast is the St George’s Market and it is one of the oldest markets in the UK. There has been a Friday market on the St George’s site since 1604. St Georges Market is one of the city’s most popular places to visit. The current market was built between 1890 and 1896. The Victorian building is famous for it’s Friday and weekend markets.

The Grand Opera House of Belfast is located in the city centre and is famous for it’s majestic Victorian auditorium designed by renowned architect Frank Matcham. 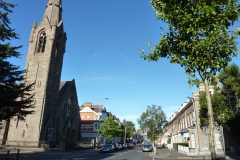 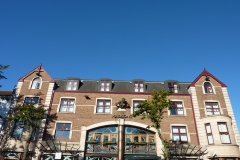 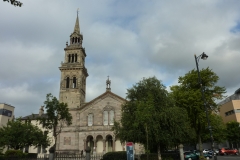 The streets of Belfast are lined with trees and there are lots of churches, mostly gothic style within the city.

The top museum to visit while in Belfast is the Ulster Museum, where you can have close encounters with dinosaurs, an Egyptian mummy and lots of other interesting artefacts.

The Ulster Museum is Northern Ireland’s treasure house and has quite an extensive collection of art, historical and natural sciences artefacts and it is free for visitors. 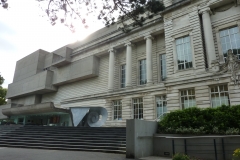 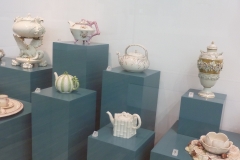 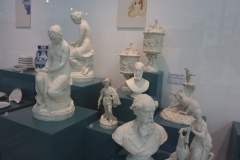 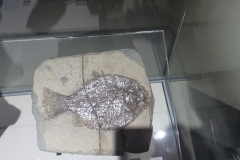 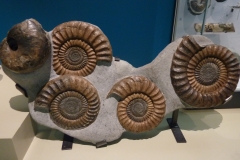 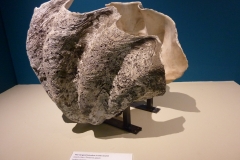 In the Ulster Museum, there are lots of galleries displaying history of the people of Ireland from early days to modern times. There is also a cafe within the museum. The collection of ceramics and fossils in the museum is quite impressive.

Belfast is a city full of parks and gardens and the top one to visit is the Botanic Gardens, which is an important part of Belfast’s heritage. The Belfast Botanic Gardens was established in 1828 by the Belfast Botanic and Horticultural Society. The garden contains exotic species of trees and plants from various parts of the world and many of these can be seen in the park.

This park is popular with local residents, students and visitors and is also used as a venue for concerts, festivals and other events like the Belfast Mela held in the month of August every year. 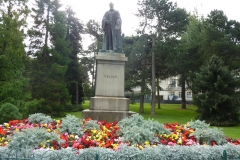 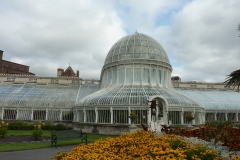 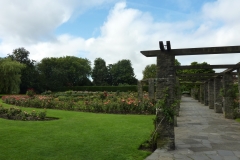 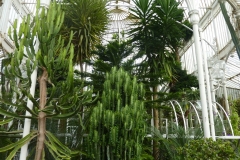 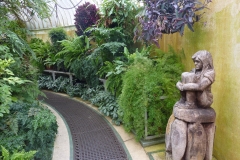 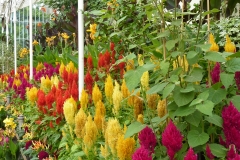 The Botanic Gardens also has a Palm House which is a beautiful cast iron glasshouse, the Tropical Ravine and a Rose Garden.

At the entrance of the Botanic Gardens you will be greeted by the statue of Belfast-born physicist Lord Kelvin who we all know for his Absolute Temperature Scale, now known as the Kelvin scale.

Titanic Belfast tells the story of the Titanic, from conception to construction, it’s launch and it’s tragic fate. There are interactive galleries which through various sights and sounds makes it a surreal experience. You can step back in time and learn about the shipyard, the ship building techniques, and about the history of the Titanic. It is also possible to walk down the historic slipways where Titanic and her sister ship Olympic were built and first launched. 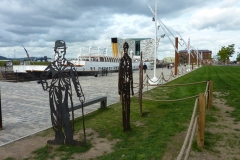 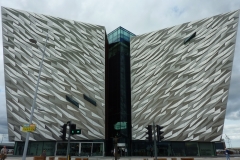 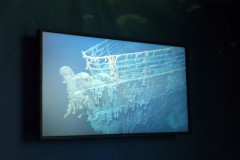 The visit to Belfast Titanic also includes a visit to the Titanic’s original tender ship, the SS Nomadic. It is possible to explore the ship and feel it’s history of over 100 years. For more information, please see here.

Belfast’s most famous university is the Queen’s University. It was founded in 1810 is one of the UK’s oldest universities. The main building called the Lanyon Building was designed by the English architect, Sir Charles Lanyon. The various buildings of Queen’s University are spread over Belfast City mainly around University Road and University Square. 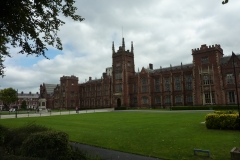 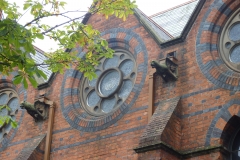 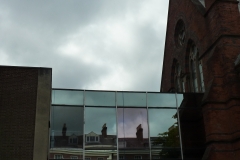 Big Fish : Beside the Lagan river is a big fish sculpture. This 32 feet fish is made of ceramic and the blue scales on the fish’s body depicts the city’s history.

Belfast Cathedral: This is the church of St Anne and is over 100 years old situated in the heart of the city of Belfast. The 40 metre stainless steel Spire of Hope added in 2007 is illuminated at night.

Samson and Goliath: The two yellow giant cranes Samson and Goliath have become icons of Belfast, dominating the entire city skyline. Made for servicing the dock at Harland and Wolff, one of the world’s great shipbuilders at the time, the cranes Goliath (315 ft) began work in 1969, and Samson (348ft) began work in 1974. Both cranes were scheduled for preservation in 2003 as historic monuments.

The Giant’s Causeway, an UNESCO World Heritage site, is a magnificent and mysterious geological formation of basalt columns on the North East coast of County Antrim. It has spectacular scenery and is quite a fascinating place to visit.

Your comments and suggestions are most welcome. You can also subscribe for new posts.