Its Bank Holiday in the UK and we all are enjoying a long weekend. It’s nearly the end of Bank Holiday Monday and the long weekend will be over soon. After all the usual household chores, the best part was to sit and relax with a cup of tea and reminiscing old travels. I enjoy flipping through my old albums (yes I still maintain printed photos in albums). As I was flipping an album from my Europe travels, I came across one from Luxembourg and it provided an impulse to write about the beautiful city of Luxembourg which I visited few years bank.

The Grand Duchy of Luxembourg

Luxembourg is one of the world’s smallest countries, it is bordered by Belgium on the west and north, France on the south, and Germany on the northeast and east.

This tiny country is great for a short holiday.  The northern third of Luxembourg, known as the Oesling, comprises part of the Ardennes Mountains. The forested hills and valleys of Oesling support the ruins of numerous castles, which are a major attraction for travellers 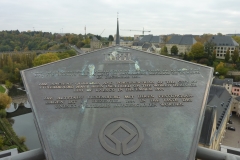 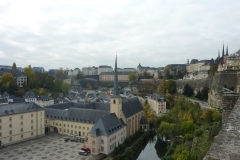 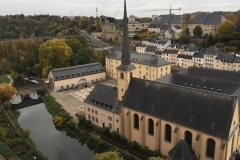 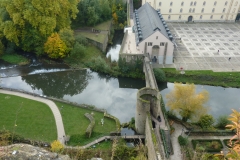 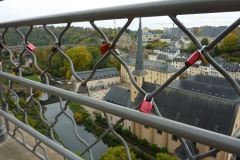 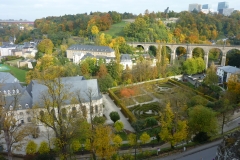 In 963 Count of Ardenne Siegfried, acquired a massive rocky ledge, the cradle of the city of Luxembourg. Count Siegfried built his Castle on this rock, which led to the development of Luxembourg town. Offering a natural fortification, the rocky cliffs of the bock towers above the River Alzette and surrounds it from three sides.

Inside the rock, you can find the archeological crypt as well as casemates of the Bock, formerly used as underground defence galleries.

Over the centuries, the Bock and the surrounding defences were reinforced, attacked and rebuilt many times as the armies of various Europeans clans vied for victory over one of Europe’s most strategic strongholds, the Fortress of Luxembourg.  Ruins of the old castle and the vast underground system of passages and underground defence galleries called the casemates can be visited today and continue to be the major attraction of this city. 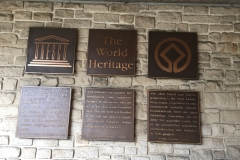 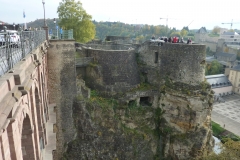 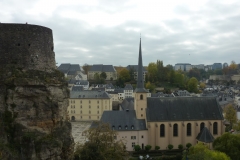 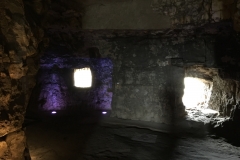 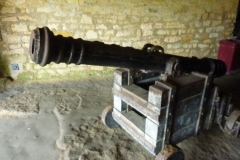 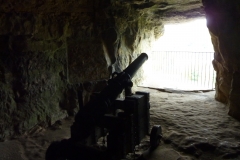 The underground tunnels were first built in 1644. The long galleries were enlarged by the French and then by the Austrians. The subterranean defensive passages were placed on different levels.

Around 17 kilometres of the casemates are still in good condition and since 1933 the Bock and casemates have been open to the public. The Bock and the Old Town were listed as an UNESCO World Heritage in 1994.

Another attraction of Luxembourg City the Grand Ducal Palace, the city residence of the Grand Ducal family. It is situated right in  in the Old City. Formerly the first town hall of the city occupied the site of the present palace; destroyed by a gunpowder explosion (1554), the town hall was rebuilt 20 years later. Since 1890 the main building has been the Palace of the Grand Dukes. 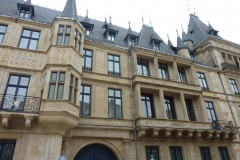 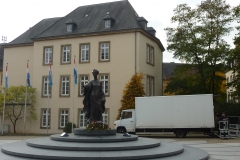 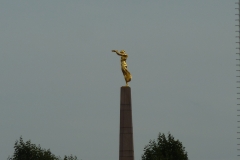 The statue of Grand Duchess Charlotte, who was very popular with the Luxembourgers, ruled from 1919 to 1964. The statue on Clairefontaine Square was inaugurated in the presence of the Grand Ducal family in 1990.

The Golden Lady on Constitution Square was set up in 1923 to commemorate the Luxembourg citizens who perished in the First World War. The memorial represents a gold-plated female figure on a stone obelisk.

Saint Michael’s Church is a Roman Catholic church in Luxembourg City, in southern Luxembourg. It is the oldest holy building in the city. 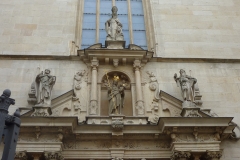 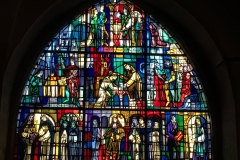 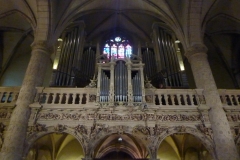 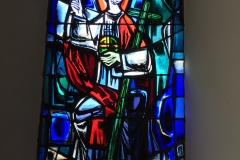 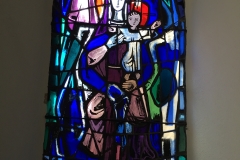 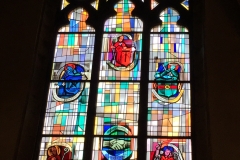 St John’s Church, also called Saint John on the Stone has a rich Baroque interior and a picture of the Black Madonna.

The Notre-Dame Cathedral was originally a Jesuit church, the foundation stone of which was laid in 1613. It is the only cathedral in Luxembourg.

Other things I observed

In the Old Town the shop windows were decorated with small toys and beautiful figurines. 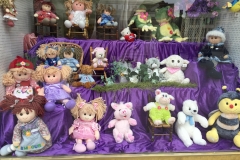 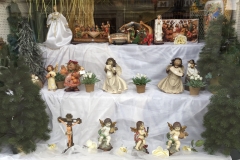 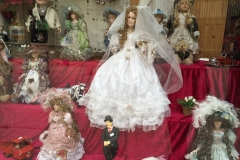 Also saw quite a few quirky door handles as I walked the streets of the Old Town. Captured a few of these and sharing them below. 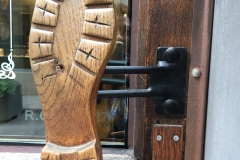 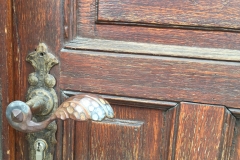 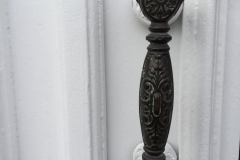